Al Simmons is a poet in the nature reserve known as Alameda, CA. He bartended and poeted in Chicago, and was poet-in-residence for the city’s Council On Fine Arts. To drop a name, he was a student of Ed Dorn. His name was dropped, in Gunslinger. He developed poetry fights but now prefers to watch birds and inspect flowers with a powerful zoom. 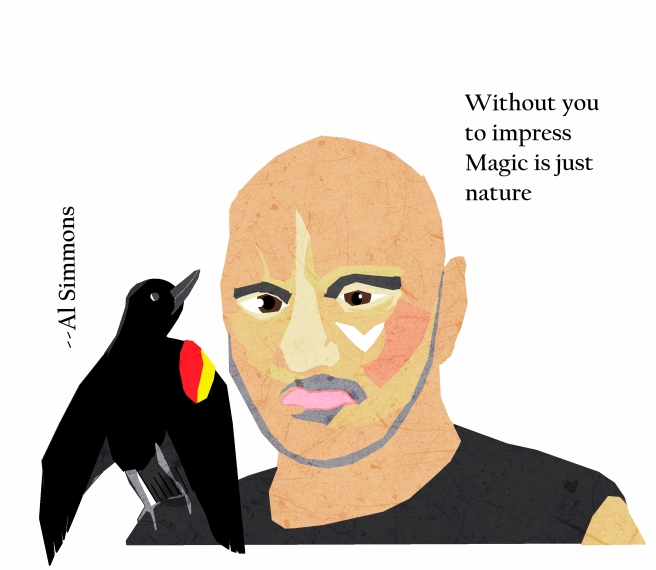 “id like to have put him with a tufted titmouse, since he cant stand the name, but went with a red-winged blackbird, since the first time i saw one fly was with Al in Berkeley, 2008.”  —Bree